People abuse animals intentionally or not. Intentional abuse of animals is the most cruel and gruesome. People hurt animals by beating, dragging, injecting, etc. The unintentional or indirect abuse is when people neglect to take care of animals. Active or passive, abusing animals is not just a humane and forgivable thing to do.

Despite the effort and campaigns of groups against animal abuse, there are still people who can’t stop this ruthless and deadly act. You may not be aware of what’s happening to your community, but there are at least 20 to 30% of people who hurt domestic and non-domestic animals. Here are some disturbing photos, proving that many people out there still abuse animals.

WARNING: they can make you sick to your stomach and probably pierce your heart! 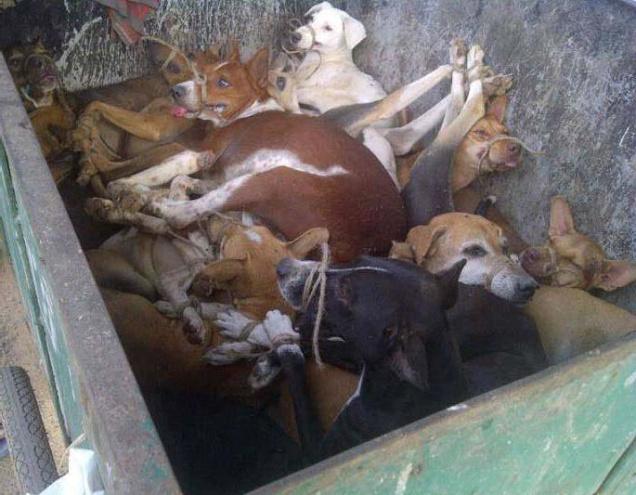 Dogs are said to be man’s best friend, and many people believe that, but among animals that are commonly abused are dogs. The photo above is one indication of dog cruelty. This happened in India, where stray dogs were captured and tied using jute ropes. Instead of adopting these dogs and providing them shelters, they were beaten and abused for what purpose? Probably to eat or sell their meat.

This photo is a dog owned by Lim Soo Seng, a Singaporean who was arrested due to mistreatment. He neglected to treat his dog until most of his organs became dysfunctional. 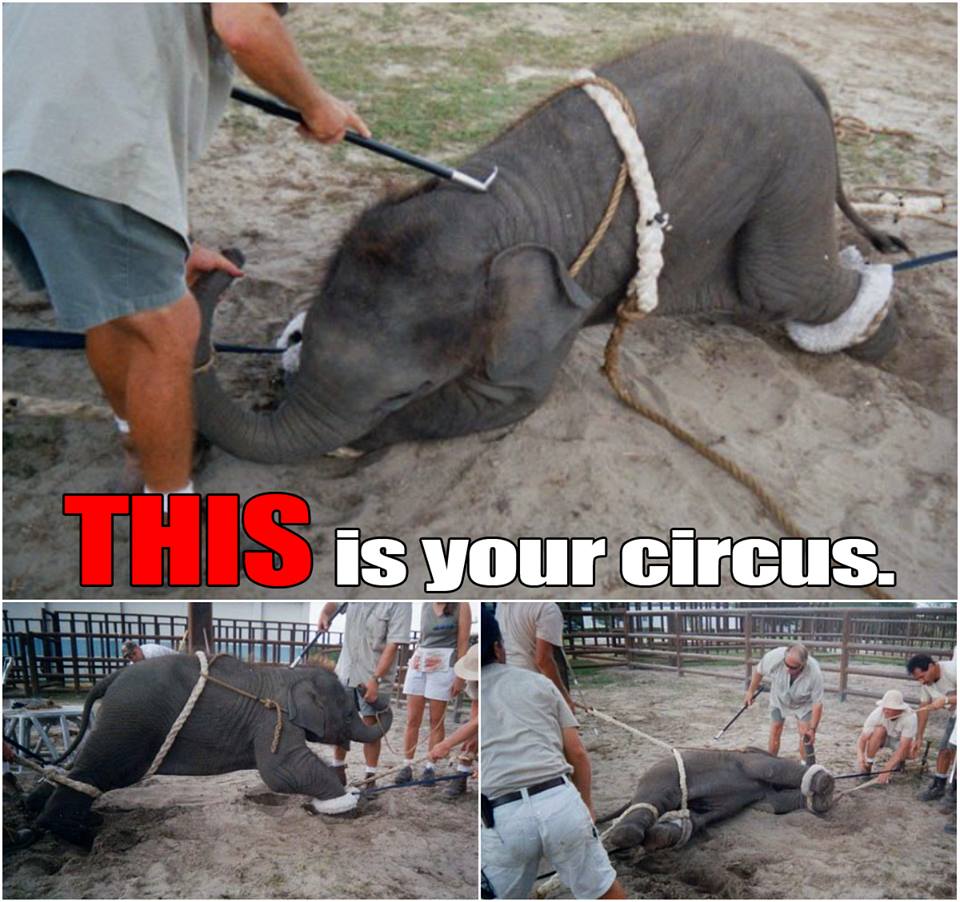 If you have been a fan of circus and aquarium shows, this is probably the time you’ll have a change of heart. Why? Such animal shows are not that entertaining at all. Animals involved have to undergo long hours of excruciating training devoid of food and some beatings to “motivate” them. What these people do is not justifiable!

This picture tells it all. It shows a violent training session of a baby elephant. Yes, a baby animal that must still be nurtured around his mother. 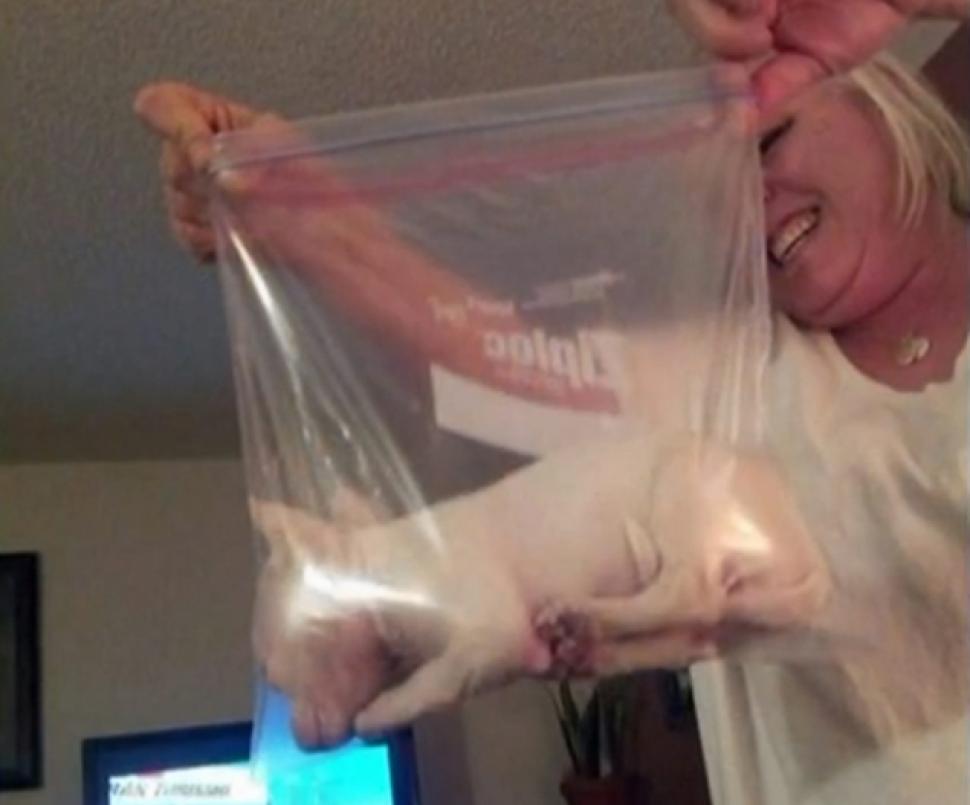 A puppy is a cute living creature, but in this case, a kind of toy. A mother and son put their puppy in a Ziplock bag, instead of cuddling him. Don’t worry they got arrested and charged. They got their lesson, and hopefully everyone who sees this. 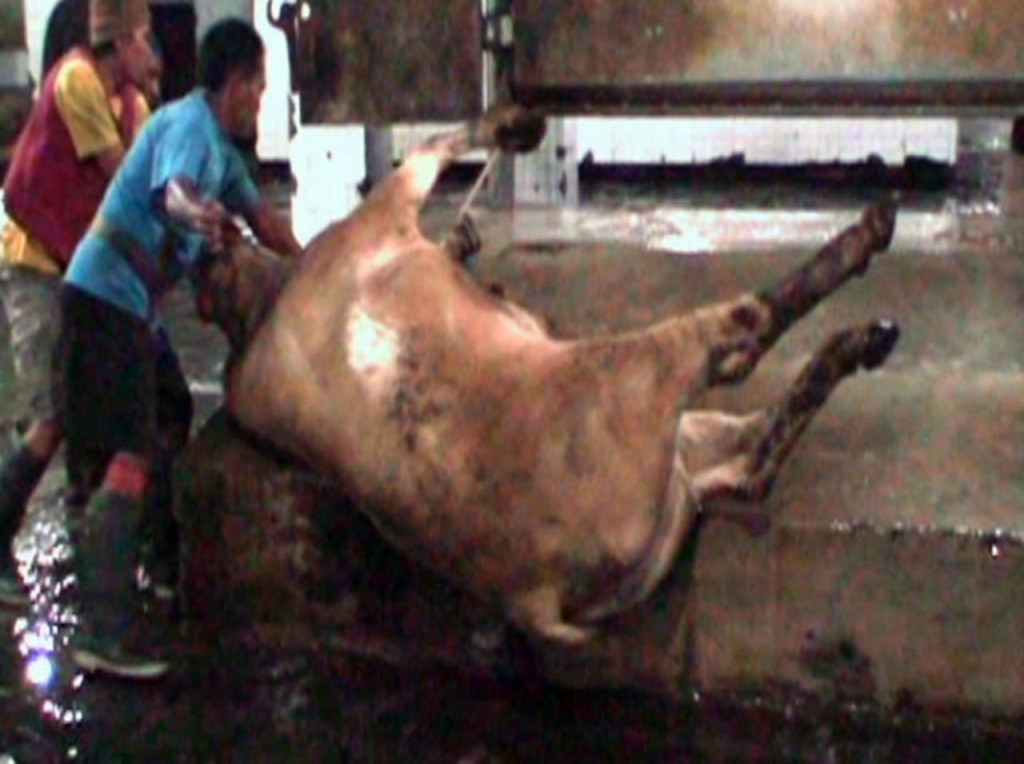 This is a mistreatment of Australian cattle in an Indonesian abattoir. ABC TV network broadcasted this in 2011, and spread the abuse of cattle before they are cut into pieces and exported to other countries. 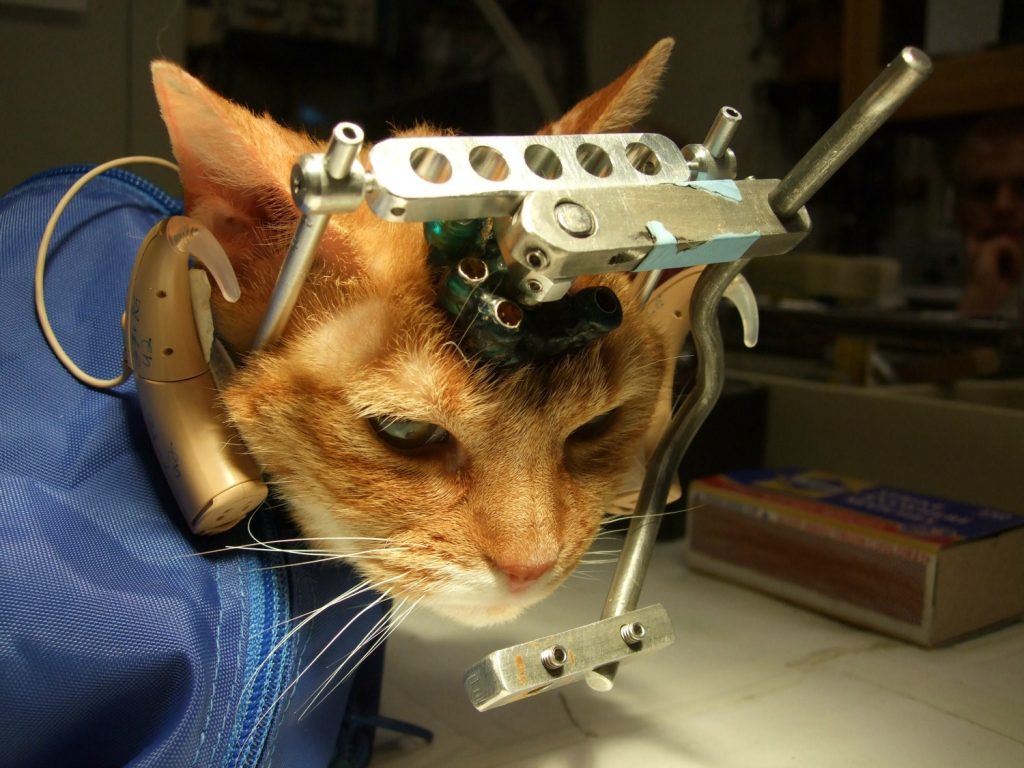 This photo is not photo-shopped. It’s a true and real picture of a cat that had been used for experiment for several months at the University of Wisconson-Madison. The school was hesitant to show the photo, but thanks to PETA that filed a lawsuit. This made the university to release the picture, and others that are shockingly troubling. 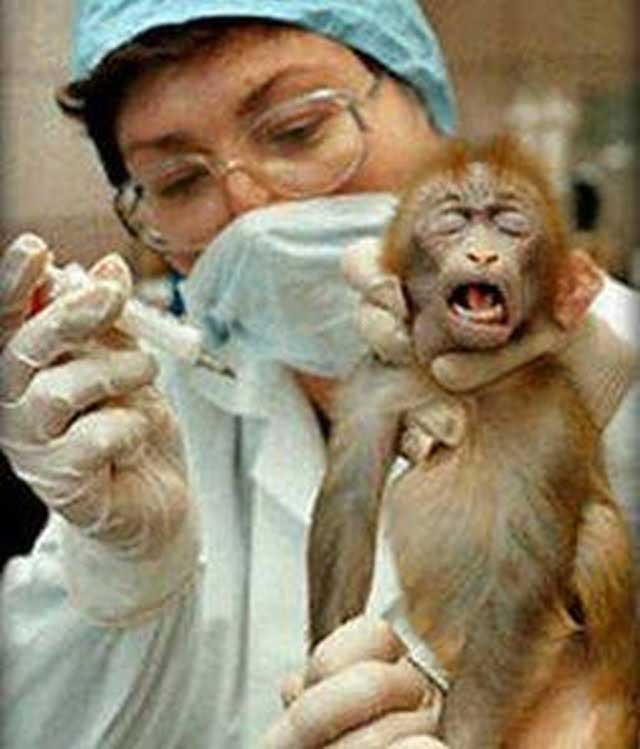 Another photo shows a lab experiment of a monkey. He’d been injected and suffered greatly. This is very common in testing products before they are finally manufactured for human use or medical purposes. 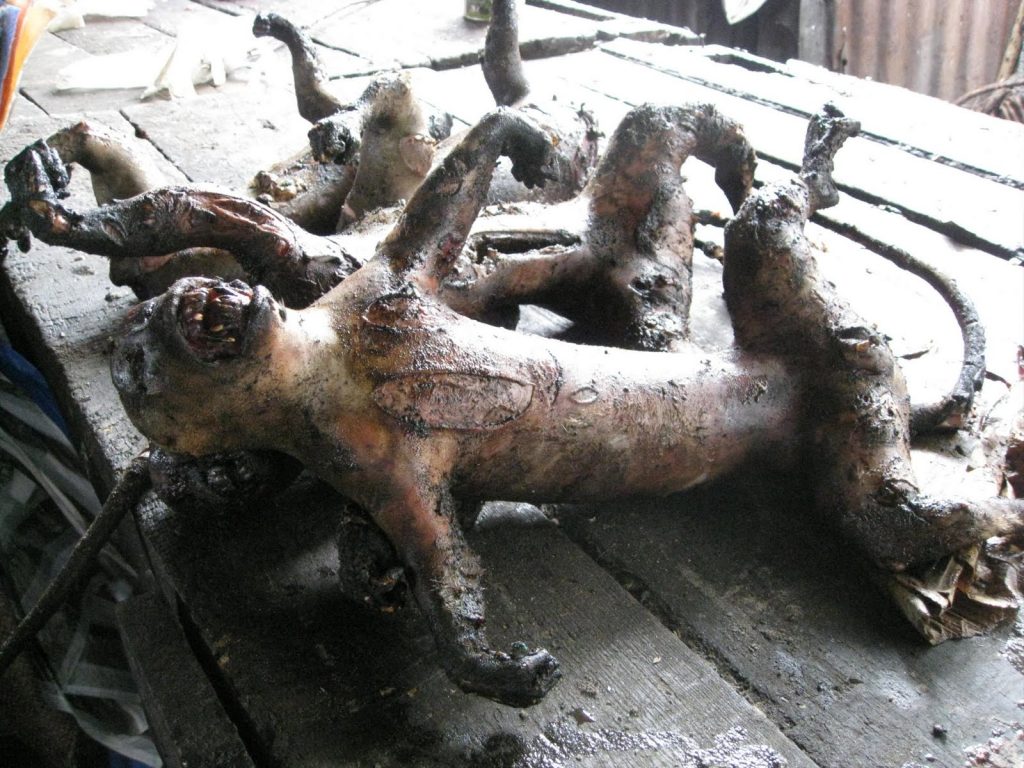 Meat production is usually from cattle, pigs, and chicken. The thought of how these animals have to go through is already disturbing isn’t it. But this picture is as gruesome as that. Do you believe that monkeys are roasted for meat consumption? Yuck, that’s gross and really cruel! 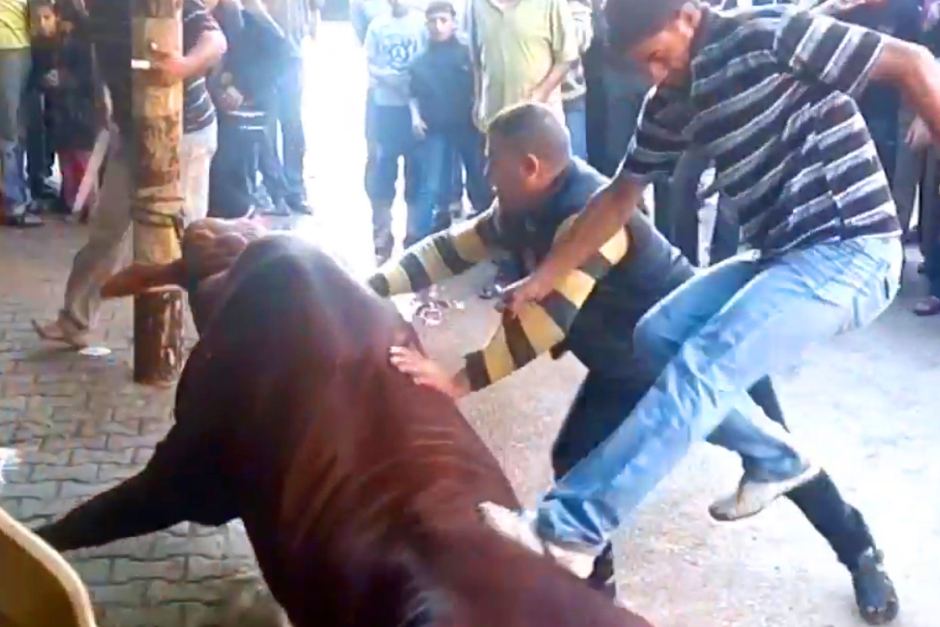 This is from a footage that shows an intentional cruelty against bulls. People kicked them, while others stabbed their eyes. Such a brutal act like this is a festival in Gaza.

Another animal abuse by mass is depicted in this photo. It shows hundreds of whales that were killed at the sea of Faroe Islands. This was made as a celebration of the place’s “annual whale hunting culture”. Can you actually fathom that people do this for some good time, when it’s not fun at all?

Many deer hunters are proud to show their work (well, dirty work). They even claim it as a hobby. Can you believe that killing an animal is a hobby?! That’s pitiless!

This is from a blog that instructs on how to hunt and kill turtles. It is another cruel act that some people like and proud to show to the world.

In Vietnam, they celebrate a pig slaughter carnival. What do they do? The photo says it. Yes, that’s how cruel and unfortunate this festival is. 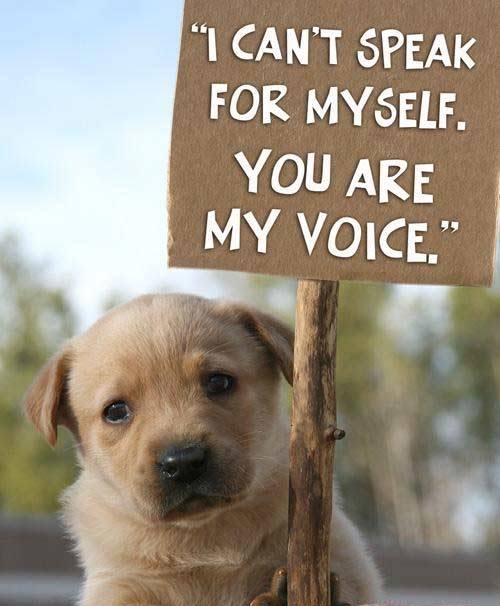 Animals cannot talk. They cannot defend themselves either. It is only us, people, who can keep them safe and feel loved. Let’s be their voice and help fight animal abuse! Animal cruelty in any form must be stopped!