Home Animal Rights Exclusive Expose – The Brutal Truth about Being Carnivorous and How Meat...
ShareTweet

I don’t understand why people love dogs and cats so much, but eat pork, beef, chicken, and turkey. It’s much worse when they fight and campaign for advocacy against the slaughtering of dogs, and conclude their flesh is made for food to be unpleasant and cruelty. What difference does it make when cattle, pigs, and some flightless bird are killed for the same reason?

For plant-based diet eaters, they are very much aware of the pain and suffering of animals. They do support the program against killing animals by staying away from meat. It is one way of how they can help stop the insensible and horrific animal butchering. Some also do not use animal-made products, such as leather shoes, fur coats, and soaps.

Do you know that this kind of advocacy also expands wide enough to protect the environment?

A single person who is considered carnivore is able to eat 10,000 (or probably more) in his whole life. Imagine just how many animals are slaughtered to manufacture meats and byproducts? The number does not only refer to animals found in one farm, but hundreds, if not thousands. Moreover, it involves a large amount of land and water, which are relatively put at stake. In other words, the environment is primarily affected as much as animals. 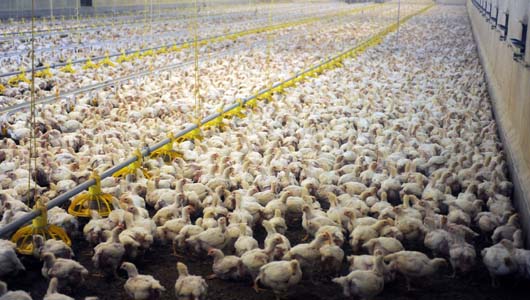 In farms for meat production, cows, chickens, pigs, and other animals are all gathered to stay in one place without being conveniently free to move. They are basically jailed and overloaded that makes them vulnerable to diseases, or worst, death.

For instance, the picture below shows a clear view of chickens flapping and hitting each other. If you look more carefully, one chicken seems already dead. There are plenty of animals got beaten and deformed (if not dead) every day, because of little space and congestion. That is just one of the many realities in this kind of business. Yes, this can be an accident, and someday accidents happen, but killing them is another wicked story. 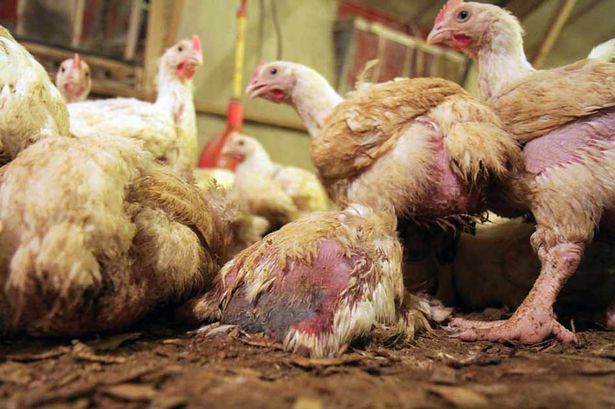 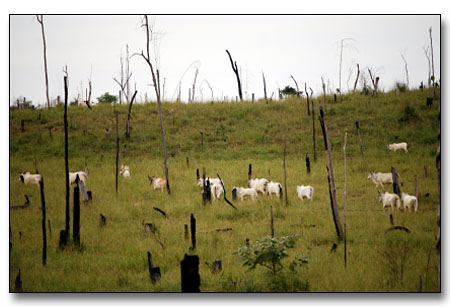 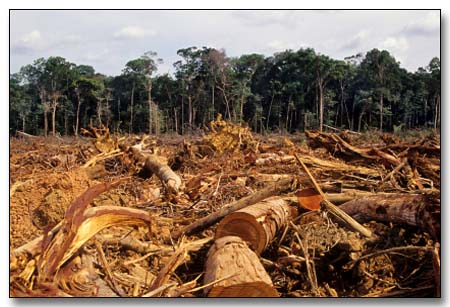 Some animals are luckier than others. In this case, it’s the cattle. They are allowed to eat grass and hang around outside during the day. The bad news is that millions of hectares of land are needed. This demands the cutting of trees and burning of plants. It may not be that common in many Western countries, such as the US, UK, and Australia, but in other parts of the world, particularly in South America, many forests have been affected. Indeed, it is a global crisis.

• Oceans and marine life are polluted. 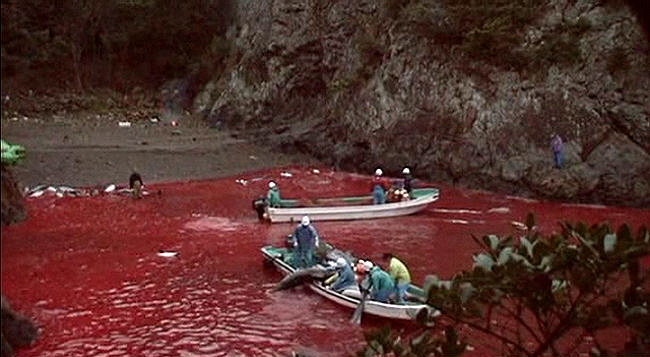 In Japan, the hunting of dolphins is common. It is not a business for meat production, but still violates the rights of sea animals. Other fish and mammals cannot be far from being poisoned. This does not only give an impact to the marine life. It also pollutes the water in the ocean. As shown from the pictures above, the supposed-to-be crystal, clear water turns into bloody red. No human will have the pleasure and fun to swim, snorkel, or scuba dive. Sadly, this is what’s happening right now.

• Killings of animals are pitiless. 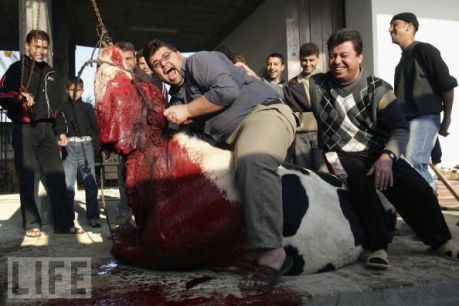 The photos say it all regarding how animals are brutally murdered and cut up. It is not ethical and absolutely inhumane. As long as there are still people eating meat, the killing of innocent animals won’t stop. That’s why being a vegetarian is a start to protect animals and stand against this kind of industry.

• Humans are prone to diseases and infections. 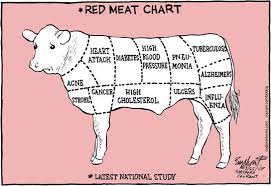 Animals themselves contain bacteria. They are not as careful and hygienic as humans. To add that, growing cattle, pigs, chicken, etc. includes the feeding of antibiotics. This does not entirely protect animals, but makes bacteria more resistant as a matter of fact. And in the long run, when meat is consumed, humans are more susceptible to illnesses that may be hard to treat.

Wastes of animals can also cause pollutions and illnesses. There are many bacteria from wastes that can be transferred through touch, or accidental drinking of water that is exploited. 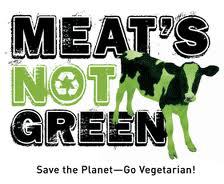 Eating meat is not going green. You may think that dumping wastes properly, cleaning houses, gardening, recycling, and planting trees are Eco-friendly, but if you cook, serve, and eat meat dishes, you are not a total supporter of the world’s green program. What you must do is to include the less or zero consumption of meat to save animals and protect the environment. 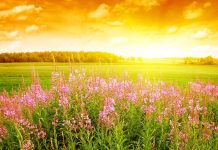 Go Out More and Let Sunlight Contribute to Your Health. Invest Now!

Relax on the Weekend with Nature. I Love These Exercises